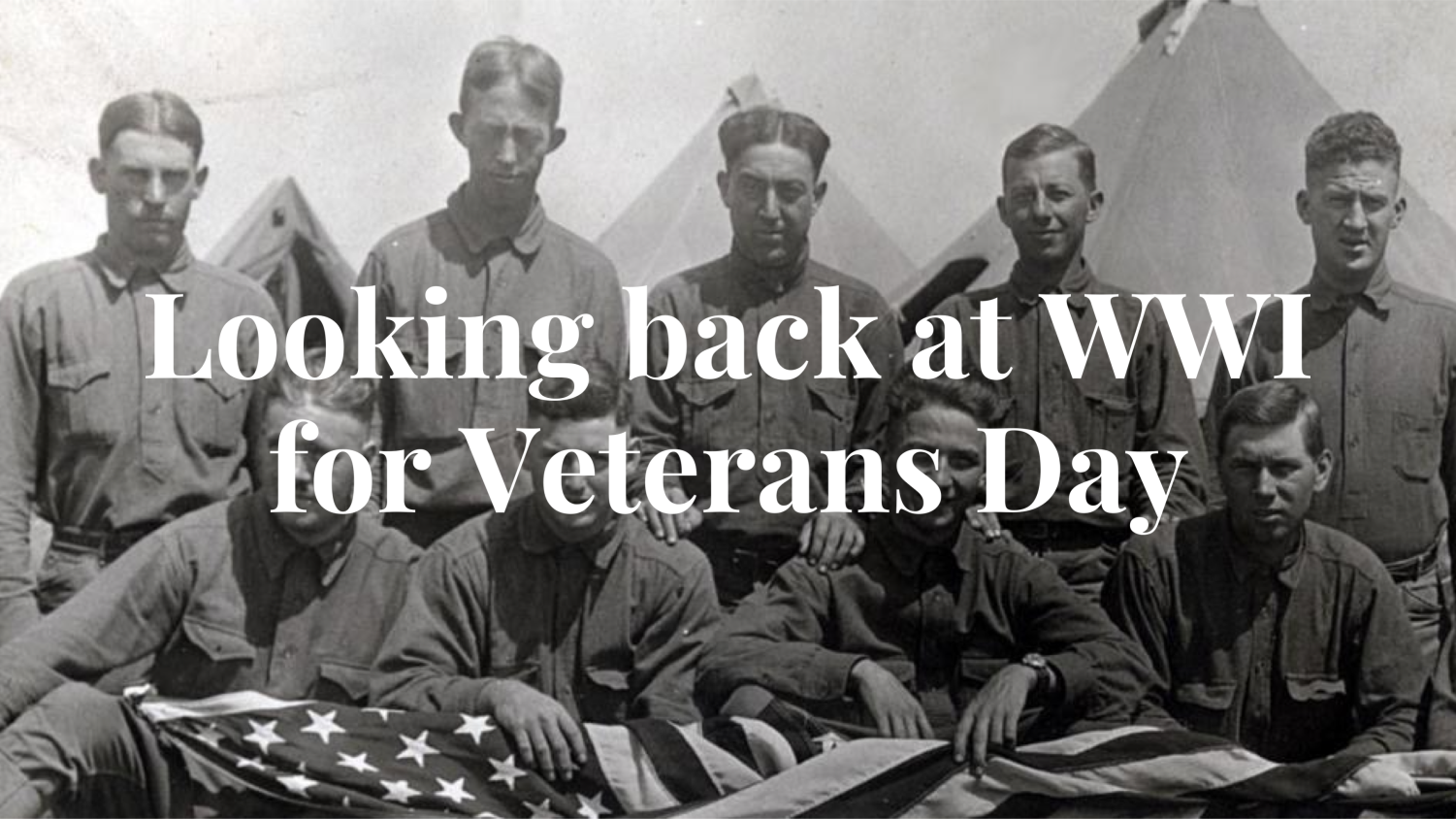 Looking back at WWI for Veterans Day–through movies

As Veterans Day rolls around the corner, it’s important to honor the tragic losses of all the veterans who were involved in war, including World War I. Although the Great War is commonly overshadowed by it’s bigger brother–World War II–it’s important to learn the history and humanity of the First World War. It isn’t explained in great detail during school, and the horrifying history between 1914 and 1918 remains black and white.

Despite what most people say, movies are a great way to learn about the past, for they can teach a lot in a span of a few hours. World War I films are stories from the past that portray what life was like for the soldiers from all across the world.

All Quiet on the Western Front is an American film based on Germany in World War I. The story follows a group of school boys who’ve been talked into joining the war effort. Not knowing the full extent of the world-wide situation, they blindly follow their professor’s words and parade off to the trenches of the western front. Only then, when faced with French bombardment, do they realize the true nature of war. Together, the boys and the friends they’ve made along the way, try to carry on just as the French, the British, the United States, and all the countries that were tied into the mess of World War I.

The film teaches about the anti-war ideas of the soldiers. It didn’t matter what country they were from, most who served didn’t understand why they were fighting. World War I was given the nickname “the war to end all wars,” because no one wanted the same horrific events to happen again.

The famous silent film actor, Buster Keaton, takes to talkies with his movie Doughboys. The actor was drafted into World War I in 1918, and the film tells his experience during the war–with a generous amount of creative liberty. Although this comedy wouldn’t seem to have any historical significance, it depicted an unlikely friendship between the United States and Germany. Again, the movie was used to portray the personal non-aggressive feelings the soldiers had with the opposing country.

Unlike Keaton, Charlie Chaplin never served in World War I, but he assisted the soldiers by entertaining them with his film Shoulder Arms. Chaplin plays an average American doughboy who struggles with life in the trenches. He’s forced to deal with unfavorable weather, flooding, small sleeping quarters, bad food, and homesickness, but when he volunteers for a mission in order to escape such conditions, he comes face to face with the enemy: the Germans.

The movie shows an accurate but exaggerated version of what trench warfare was like. Trenches were entirely exposed to rain, therefore, flooding wouldn’t be uncommon, and although Chaplin’s character had his own bed, some soldiers had no choice but to sleep standing. Trench food was commonly canned beef and biscuits, but the soldiers ate their fair share of bread made from turnips and soup containing horsemeat.

Made over 100 years after Shoulder Arms, and almost 90 after Doughboys, 1917 hit theaters. The movie won three Oscars, seven BAFTA awards and many others, rightfully so. William Schofield and Tom Blake, two British soldiers, are ordered to hand-deliver a message to the Second Battalion, as a last hope to call off their attack. If they are unable to make it there by morning, it will cost the lives of 1,600 men, including Blake’s brother.

The movie focuses on the personal struggles of the soldiers and because it was filmed as though it was one, un-cut shot, it allows the audience to feel for the characters and to understand war as if they were actually there.

They Shall Not Grow Old is a film entirely composed of spoken stories from real World War I veterans. Underneath the restored, colored videos from the World War I battlefield, recorded interviews of British servicemen complete the horrifying picture of 1914-1918. The history is untouched and uninterrupted by common documentary-type narrations, in order to capture the true experience of being a soldier on the western front.