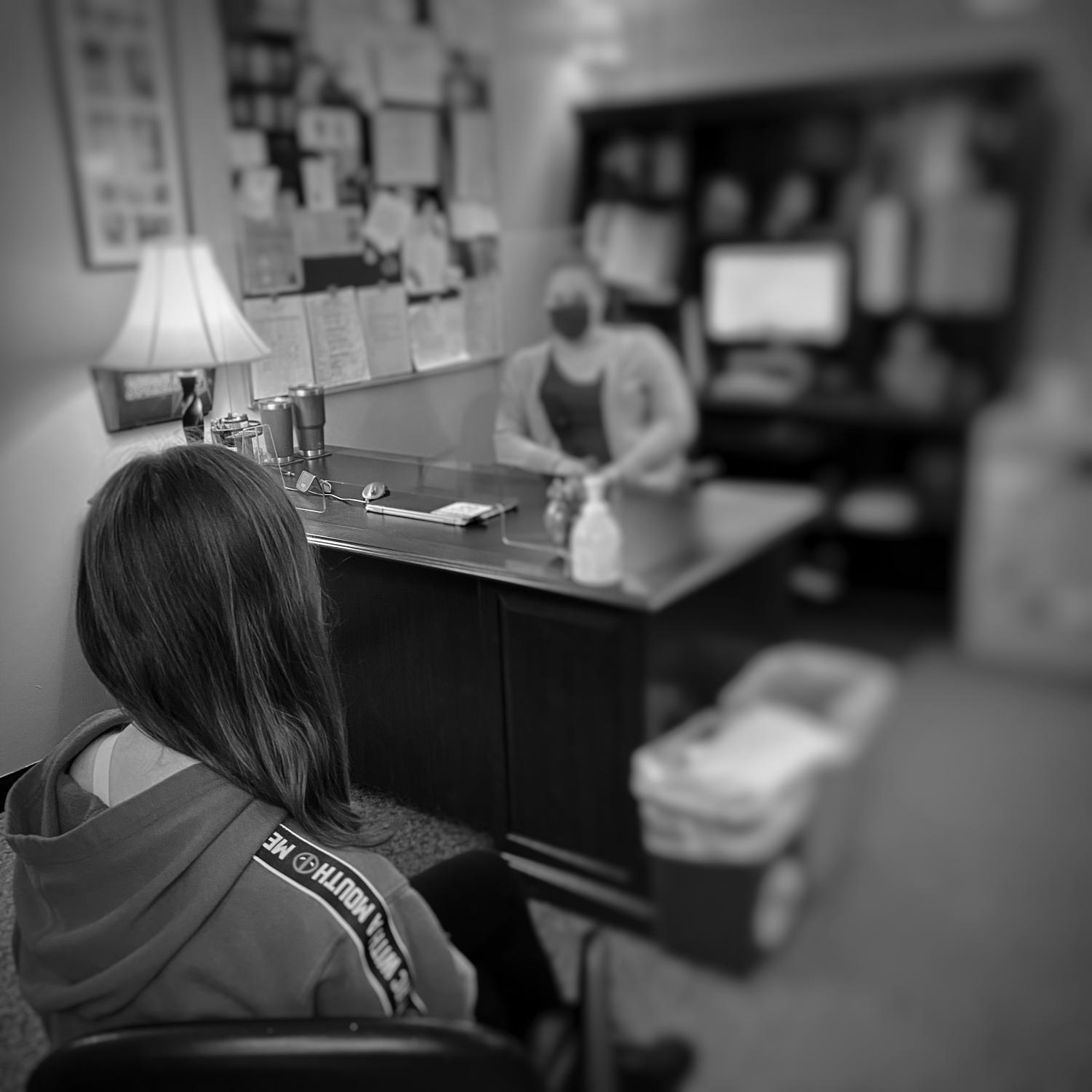 The students who returned are not the ones who left

When school reopened its doors to in-person learning in February, the students who came back differed greatly from those who left last March. Yes, they grew nearly a year older, but, more importantly, their needs changed. Their skills and their mental wellness stagnated, causing many new issues to deal with all while entering back into the institution they spent nearly their whole lives.

Anxiety and depression grew even more than pre-pandemic numbers, making it essential for school staff to understand what students’ mental health needs look like and how to approach students who struggle with them.

According to Healthline.com on March 15, 2021,one in three adolescents will meet the criteria for an anxiety disorder by the age of 18. Additionally, the Center for Disease Control and Prevention (CDC) states that 71% of students indicate their mental health has increased due to Covid 19.

Those numbers play out in our hallways.

“I would say I have seen an increase in anxiety since returning to the school building. I have noticed an increase in poor coping skills such as skipping class, sleeping all day, and refusing to come to school. Additionally, students who have struggled in the past may be still struggling, but now I have noticed students who have never struggled before having a difficult time engaging in the school environment,” says Oshkosh North counselor Kaitlin Stindt.

Anxiety shows up at schools in a variety of ways, both direct and indirect. Common visible behaviors include shaking, fidgeting, social withdrawal, and work avoidance.

“I personally think that the transition back to full time school was way too quick. Students went from no school, to school twice a week, to school every day of the week. Some kids need school in person to succeed, but also transitioning that quickly back to normal school was and has been very overwhelming for a lot of  students and probably some staff as well,” says senior Zoie Hammer.

The workload and routine change isn’t the only thing causing anxiety; the sudden change to being around a lot of people led to more social anxiety.

The Public School Review website states that Oshkosh North has a population of 1,248 students in grades 9-12 grade, making it a large school compared to others in Wisconsin.

“The Idea of being around so many kids at school is terrifying to me,” says Hammer. “I get very overwhelmed when I have to talk to people or I am around a lot of people.”

In addition to higher levels of anxiety, other students fell into depression during the pandemic.

Depression is a constant feeling of sadness and loss of interest, which stops you from doing your normal activities.

“Mental Illness has not been a topic as addressed as much as it should be this year, this causes students to not feel as comfortable talking about it or asking for help. Many students do not even know where safe places are in the school such as the counselors office,” says senior Rachel Robeson .

Not all people experience mental health issues the same.

Depression, anxiety, and trauma can be shown in many different ways, including extreme sadness and crying, mood changes, repeating memories or dreams about the causing event,not socializing, changes in eating and sleeping, and increase in drug and alcohol use.

According to BetterHealth’s website, some people may take a couple weeks to years to heal from traumatic and depressing events.

“I do know a lot of friends who are struggling with anxiety issues and it has affected their performance in class. Sometimes they are absent because of an appointment or they just could not make it through the day because they were overwhelmed with school and being around so many people,” says Hammer.

As many of the concerns grew outside of school during the pandemic, teachers may not know what to expect or how to help students.

According to “Classroom Accommodations for Anxiety” written by Amanda Morin, if you suspect your student is suffering from anxiety or depression make sure you offer your support.

“Teachers can help students with anxiety and depression by being more lenient on due dates. Coming back to school is very overwhelming with all the assignments and due dates, along with work for some students can be very stressful and at times make students feel hopeless. Another way teachers can help is by allowing those students to step out of the classroom to gather themselves when they need, this will allow students to have a safe place when they need,” says Robeson.

According to Sarah Mckibben’s article “How to Ease Student Anxiety,” when teens get overwhelmed by their workload we have to break it down so they can feel they can be successful, but the best thing you can do for a student struggling is to offer your support and be understanding.

Many students are currently struggling with coming back to school. Before assuming the problems, take into consideration all of the factors that could be leading students to act the way they are. Be understanding, encouraging, and as helpful as you can to make students as comfortable as possible being back into the school environment and get back on the right track to succeed in school.