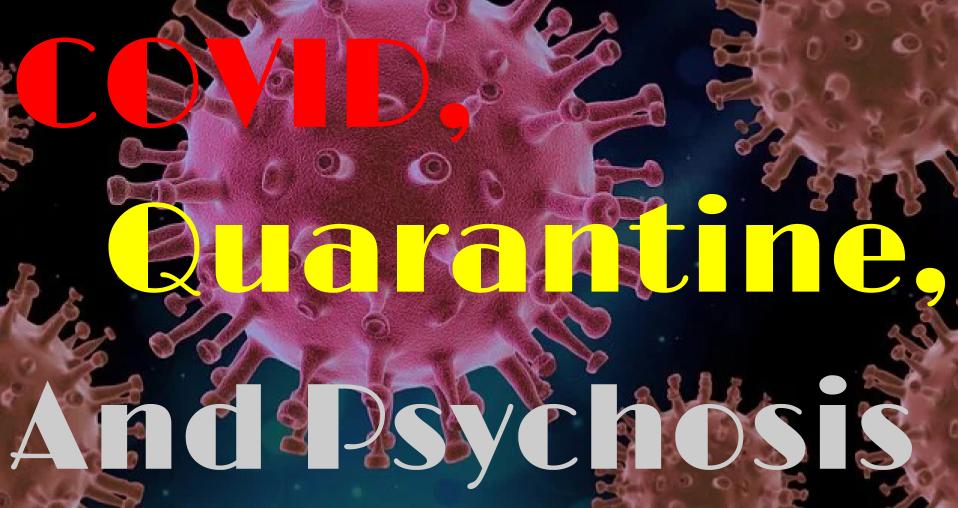 Trapped in an American Psychosis

The film American Psycho presents the dangers of COVID quarantine

Although Bret Easton’s American Psycho may appear to be a film completely involved with these four subjects, it’s not. Instead, American Psycho is a deep reflection of the horrors of the human mind, eloquently outlining the deepest of psychotic desires in the perspective of the main character, Patrick Bateman.

Bateman experiences many degrees of mental entrapment throughout the movie, as his unconscious mind takes control over his life. This idea of mental entrapment is easily related to the physical entrapment we’ve seen with Covid-19.  Physical confinement has unconsciously given many people feelings of mental/emotional confinement, making solitude feel like prison time. Watching American Psycho during these difficult times has sparked a period of personal growth and reflection for me, as seeing another mind fall into the depths of despair and pain has given me the motivation to escape my own personal struggles.

Mary Harron, the director of American Psycho, made an incredibly unique film, one that seemingly does not have a straightforward plot. Instead, American Psycho consists of smaller, complex scene sequences that delightfully highlight varying levels of the human mind falling into psychosis, each sequence changing with each of Bateman’s kills.

To begin, Bateman is clearly shown to have the lifestyle habits of your stereotypical psychopath. He lies with ease, feels no regret for his negative actions, shows little self-control, and doesn’t have any sense of self. Bateman explains, “there is an idea of a Patrick Bateman, some kind of abstraction, but there is no real me, only an entity, something illusory.” This idea shows itself in each scene as the viewer can clearly see him completely alter his personality throughout. Although Bateman proves himself to be an emotionally sick man, he’s able to hold himself above everyone he knows, flexing his intelligence and wealth whenever he can.

While comparing custom business cards with his co-workers, Bateman learns that his card isn’t preferred by his associates, sending Bateman into a fit of strong but subtle anger. To quench his anger, Bateman commits his first on-camera murder, going into an alley to stab a homeless man. After killing the man, Patrick stomps a dog to death before returning to his regular life with no remorse. This general cycle goes on to happen more times throughout the film, except after each kill, he loses more and more control. Eventually, he loses the ability to control his bloodlust, developing the need to murder as soon as he is angered.

As the film nears the end, previously unnoticed details begin to show themself in brighter, faster-paced ways. Bateman is instructed by an ATM machine to shove a cat in the card slot, leading the viewer to believe that previous events may have never even happened, and were rather lifelike figments of his psychotic imagination. The ATM event leads Bateman into a manic killing frenzy, carelessly murdering civilians and police as he runs through the streets up into his office. Here, he leaves a message to his lawyer, confessing all of his crimes in detail, even adding that he gave cannibalism a try.

In the final scenes, we learn that none of the murders shown before actually happened. Bateman killed nobody. According to his lawyer, none of the people that Bateman claimed to kill were actually dead. In addition, all of the bodies Bateman had previously stored were gone without a trace.

As Bateman comes to the realization that all of the past weeks of events were fabricated by his imagination, the viewer finally realizes what the film was truly about–struggling with inner pain and emotional entrapment. Bateman’s murders, sexual fantasies, and psychotic habits were nothing more than representations of his mind’s descent into madness. As control was lost, the moral limitations of the mind began to blur, leaving only pure, unfiltered psychotic needs. Although Patrick immediately gives into these needs, satisfying his desires, this only worsens his condition. His desires grow, unable to be satisfied when his mind finally reaches the breaking point–him coming to the realization that he is trapped in the confines of his sickness.

This movie, although incredibly well made and captivating, is not something I would suggest most people watch in 2020. American Psycho captures the essence of the mind’s descent into madness, and many themes shown throughout are easily relatable to mental health issues that have arisen during quarantine. Seeing Bateman’s self-control lessen feels more lifelike than ever, truly being able to horrify anyone watching. That being said, Mary Harron’s work in directing American Psycho is nothing short of prodigious. If you enjoy horror films, psychological thrillers, or simply have an unwavering mind, this is the movie for you.