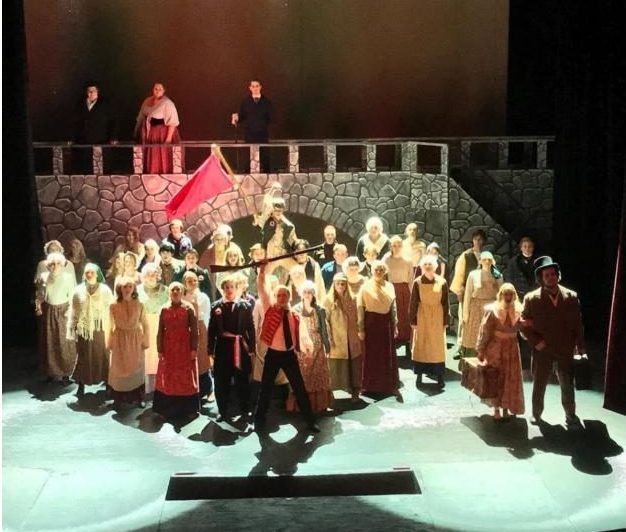 The ONHS production of Les Miserables begins this week, Feb. 13-16, at the Grand Opera House.

Les Mis follows the journey of a 19th-century French peasant named Jean Valjean and his quest for redemption after serving nineteen years in prison for stealing a loaf of bread for his starving nephew. Valjean decides to break his parole and creates a new life for himself after witnessing a great act of mercy from a bishop. Due to his crimes, Valjean is tracked down constantly by the police inspector Javert.

Valjean and many others are thrown into a revolution-era France where a group of young idealists attempts a coup on the French government.

While the show is over a century old, North has not chosen it as a musical for over a decade.

Choir and musical director Bridget. Duffy-Ulrich said, “Les Misérables has always been a show I dreamed of directing.  The show is extremely rigorous and musically challenging, and I knew if we ever performed it at North, we would need extremely talented singers.”

The talent must go beyond the lead members; nearly the whole crew needs to participate.

“This show features dozens of solo vocalists that tell the story through song and only a handful of spoken lines. The pit orchestra music is also especially challenging and the staging requires a dedicated and organized stage crew,” Duffy-Ulrich said.

Members of the cast have felt a high level of satisfaction from putting on such a challenging musical.

Junior Peter Lowenstein, who plays the guide Combeferre, said “I enjoy the musical because the music is incredibly fun to sing, and it also poses a little bit of a difficulty. It’s quite enjoyable to work through.”

Duffy-Ulrich believes that the level of difficulty and passion the musical requires really pushed students to try harder than they have before.

“Everything about this musical is dramatic, epic, and extreme. I’m very proud of the hard work and dedication of all of the students involved in the cast, crew, and pit orchestra,” Duffy-Ulrich said.

Tickets are available at the box office at the Grand Opera House and online. Students receive free admission with a student ID or $12-14 (depending on the seat) without.