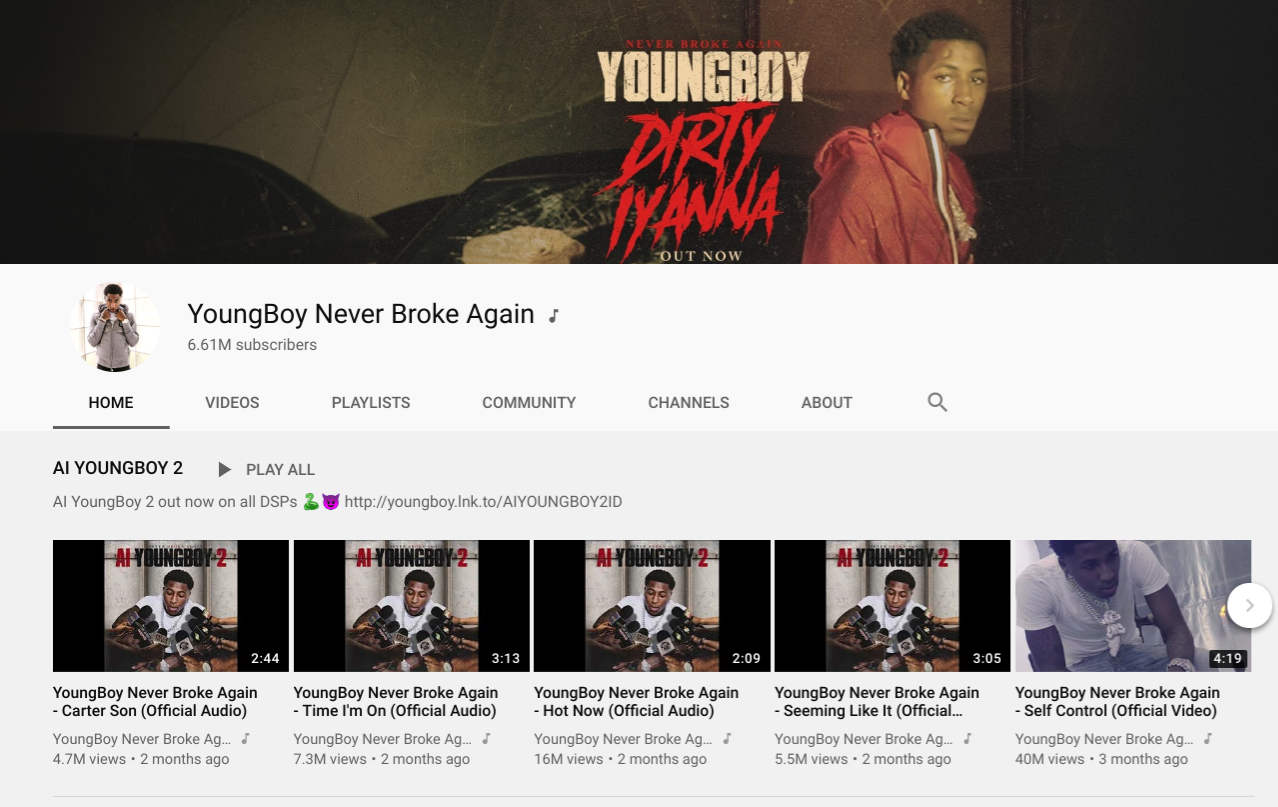 For those growing up in poverty, surviving the American Dream requires more than blood, sweat, and tears. It requires personal sacrifice and risk–risk of life and liberty.

No one epitomizes this more than NBA Youngboy who now sits atop of the rap game, having pulled himself up by the swoosh on his Jordan kicks.

Now better known as NBA Youngboy, Kentrell’s Desean Gaulden’s journey began in the trenches of Baton Rouge, Louisiana. The struggle for Youngboy was extreme, growing up without a father due to his 55-year prison sentence and having to live with his grandmother presented him with challenges his entire childhood.

Youngboy first recognized his talent for rapping when he was 14, realizing that his main focus should be on music instead of being involved in criminal mischief with his friends. His new purpose resulted from his arrest for robbery and being placed in a detention center. Shortly after he was released from the detention center, Youngboy dropped out of the 9th grade to focus on music full time.

After his release, he dropped his first official mixtape when he was 15, titled “Life Before Fame”. Shortly after, he released another mixtape titled “Mind of a Menace”.  He released both of these mixtapes on Youtube.

The jumpstart of Youngboy’s career came in May of 2017 when his youtube video “Untouchable” became an instant hit, eventually earning 188 million views and counting. Every music video after “Untouchable” has reached over one million views, and soon after the song “Genie” reached 248 million views and counting. Youngboy’s use of Youtube has always been a priority, understanding that many of his viewers come from lower-income areas that cannot always afford other platforms such as Spotify or Apple Music.

Staying loyal to his supporters and people that have treated him well is a big priority for Youngboy. He often is found rapping about his close friends who he grew up with, his mom, his best friend (current rapper NBA 3Three), and 3Three’s mom Monique who raised Youngboy after his grandmother passed away.

In his hit single, “Untouchable,” Youngboy talks about the sacrifice he had to make for music and how he wants to make it to the top with his best friends.

“We ain’t have nothing, stayed down till I came up with my brothers,” NBA Youngboy said in the chorus of “Untouchable.”

Popular rappers Lil Boosie and Kevin Gates have had a tremendous impact on Youngboy’s music, as the pain and aggressiveness in his music can be very comparable to the Baton Rouge natives. The struggles they shared growing up in Baton Rouge is very prominent to the way they all make music. Gates and Youngboy exploited their struggles together in a Youngboy and 2018 album titled “ 4Respect 4Freedom 4Loyalty 4WhatImportant”. In the song “I Am Who They Say I Am (Feat. Kevin Gates)”, Youngboy and Gates talk about the struggles they shared and the journey they went through to make it to the top. From wearing Ralph Lauren in the projects to Givenchy shoes in Hollywood, they both have come a long way.

From the projects of Baton Rouge to the spotlights of Hollywood, NBA Youngboy has faced many challenges and struggles to reach the top. Currently at the top of the rap game and earning the nickname of “The King of YouTube”, his journey took loyalty and respect for the ones who helped him get there.