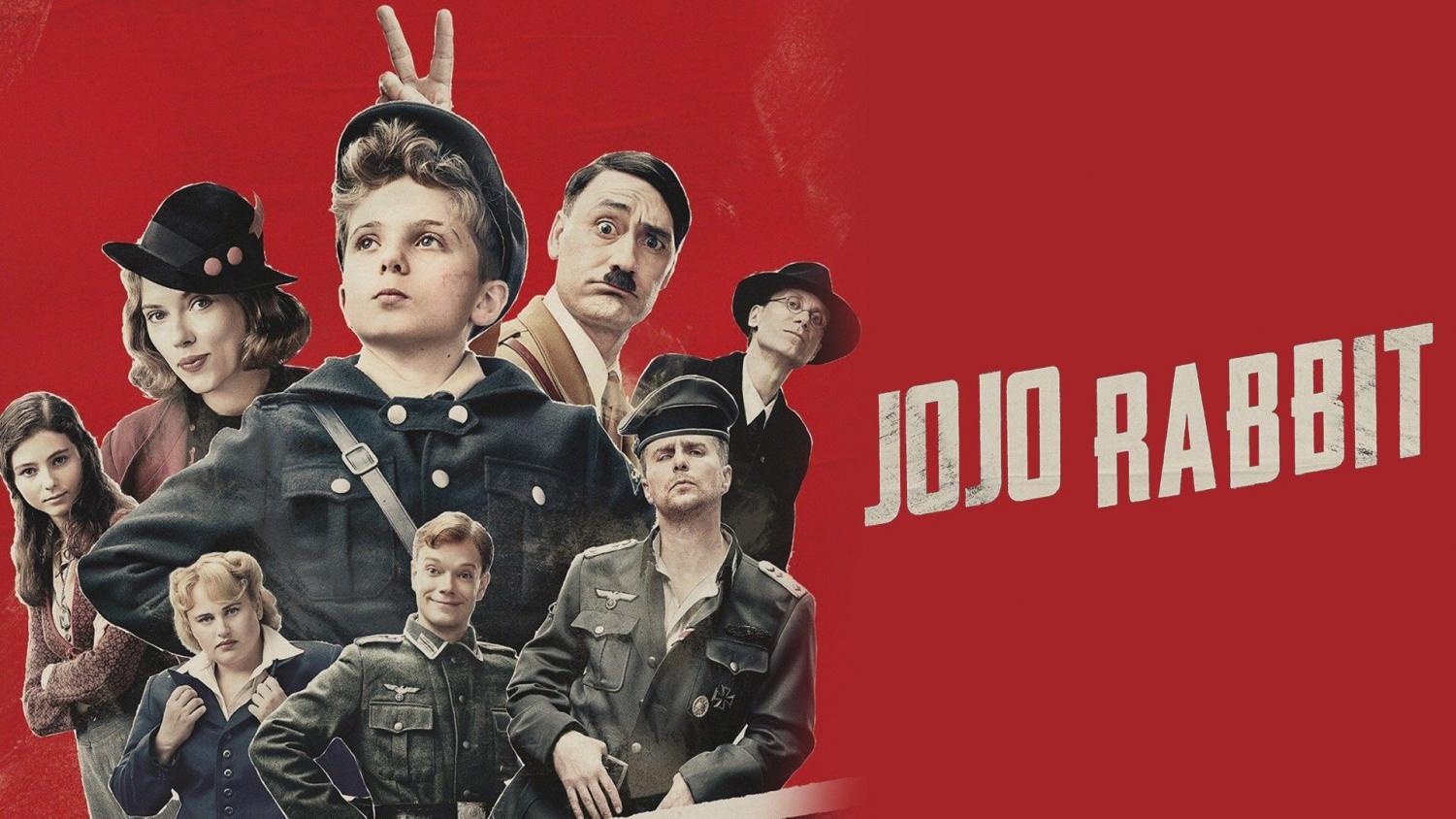 Jojo Rabbit: Not your average comedy-drama

Hitler: an infamous fascist dictator responsible for the death of millions.

Comedy: a humorous form of entertainment.

Can two words so different ever become the basis of a film? While most would agree that the idea sounds preposterous, Taika Waititi thought otherwise when writing the script for Jojo Rabbit. However, as could be expected, almost everyone who read it was apprehensive to such an unconventional idea. Eventually, despite 8 years of struggling to get the script made into a film, the unanticipated comedy-drama, directed and produced by Waititi himself, hit theaters on October 18, 2019.

Eventually attending a Hitler Youth training camp, Jojo finds that being a Nazi is a lot harder than it looks, earning the nickname “Jojo Rabbit” when, out of timidness, he refused to kill a rabbit. Jojo is scorned because he lacks the “maturity” required to be a Nazi.

While home alone one day, Jojo discovers Elsa Korr (played by Thomasin McKenzie), a teenage Jewish girl who his mother has been hiding in their house. Jojo decides to seize the opportunity and thinks interrogating Elsa will be a great way to perform his Nazi duty. However, speaking with Elsa causes Jojo to doubt his Nazi beliefs and weakens his relationship with his imaginary friend.

A new take on a coming-of-age story, Jojo Rabbit puts viewers into Jojo’s shoes as he determines right versus wrong despite the dangers of keeping Elsa a secret and going against his beliefs. The theme is extremely relevant in today’s society, as young people, especially, are pressured to follow the crowd rather than make their own decisions.

The plot is based on the book Caging Skies by Christine Leunens in which a German boy discovers that his parents are harboring a Jew in their house. Although the book was not a comedy, Waititi believed one of the best methods of conveying ideas was through humor.

One outcome of creating such a comedy was quite a lot of dark humor that many viewers may find unappealing or distasteful, simply because of the seriousness of the subject material. Waititi realized that with such a sensitive topic, he had to be careful not to take jokes too far. Consequently, the humor that he hoped to achieve was ultimately successful. Even if the humor may not be enjoyed by everyone, it does do a good job highlighting Hitler’s widespread brainwashing and ridiculous rules.

Wonderful acting also played a large role in the success of the humor, particularly with Waititi who insisted on playing the role of the imaginary friend Hitler himself. His goofy personality complimented the character’s childish behavior and made Waititi a perfect fit for the role.

Although humor remains scattered throughout the entire film, it is often interrupted by abrupt moments of drama. The sudden change in genre can be jarring but reminds viewers that World War II was serious and the Nazis did terrible things. In these moments, the movie is more similar to other historical fiction films, but the drama is presented in a different way and creates a very engaging story, particularly for a film largely advertised as a comedy.

While Jojo Rabbit did share some similarities to these films, Watiti’s brilliant uses of devices like foreshadowing, symbolism, and, of course, antithesis, really set it apart. He demonstrates this in a variety of moments like at the beginning of the film when “Komm, Gib Mir Deine Hand” (the German version of The Beatles’ “I Want to Hold Your Hand”) is played as Hitler is greeted by crowds of cheering fans, comparing the popularity of Hitler to the Beatlemania of the 1960s, or when Jojo struggles to learn how to tie his shoes to show his dependence on his mother and his inability to mature into the Nazi soldier he is pressured to become. Seemingly small insignificant details like these continually reappear and become meaningful to the development of the plot and the characters.

All things considered, Jojo Rabbit appeals to just about everyone, whether they like history, humor, drama, movies in general, or especially to those who enjoy them all. It’s such a unique film, even past the obvious fact that it’s a comedy about Hitler. With great acting, an intriguing story, historical references, and, yes, even the humor (although not for some) the movie does everything practically perfectly.

Jojo Rabbit scores a zehn out of zehn!