Blahnik enters the Hall of Fame 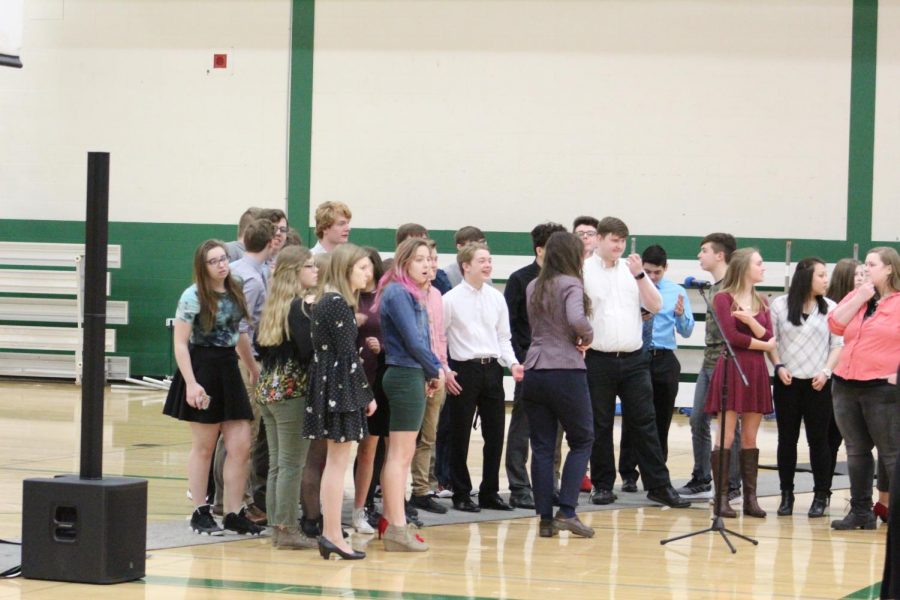 A man with a 2.01 high school GPA, the ultimate trouble-maker of school, lived in thirteen different homes, and even homeless, looking for food in garbages at one point in his life. Do you imagine such a person making a six-figure salary? North alum Dr.Emmett Blahnik accomplished just that. His life story will truly change your perception on your journey of life and what you can truly accomplish.

Blahnik is a well-known chiropractor. He is also the official doctor to the USA Team Olympics, CrossFit Games, and PanAM games. Dr.Blahnik has operated one of the largest health clinics in North America.

Apart from his career, Blahnik is also an outstanding athlete. He was a NCAA scholar for wrestling and a fantastic triathlon athlete.

From the very beginning, Blahnik did not have anything easy,

“People think I’m born with a silver spoon, and I’m like, ‘Where do you get this impression?’” he said.

Blahnik lived in 13 different places in his childhood. He was even homeless with his brother at one point of his life and lived in the locker rooms of Oshkosh North.  No aspect of life was easy for Blahnik.

“My family is very fractured.”

His parents suffered from alcohol and drug usage,

“The illness of alcohol and drugs really impacted my mom and my fathers.”

Blahnik even lost his father who was 55 due to his drug and alcohol problem. After the passing of his father, life wasn’t easy at home. After each day, poverty was making things worse. One day, when Blahnik came back home from school, his mother left him a note.

“I came home and my mom left a note in the bathroom, and it said she could not come back. I didn’t see her for a long time after that. Years.”

“Nobody really told us to go to school. We didn’t grow up with anyone teaching us this. I only went so I could connect myself with the outside world.”

Leaving his brother and sister, Blahnik made Oshkosh North his home. He would sleep in the locker rooms and behind the and shower in there as well for the morning. And many times Blahnik would have to look in the garbage for food,

“I remember going into a dumpster for three-day-old donuts. I remember having to go to the food pantry getting food for myself”.

With all this going in his life, he never saw himself as a successful person.

“I looked at myself as a troublemaker, a rascal.”

Gremmor pulled Blahnik aside during class. Blahnik was expecting the typical lecture as a trouble maker. The talk was the complete opposite. Gremmor told Blahnik that he wants him to join a pilot class and that he sees Blahnik as a leader,

From this day on, Blahnik told himself that he will change and not be the “rascal” for the rest of his life. He took the power within himself and made the best use of it. Even having a 2.01 high school GPA, he made it to the top. There was a point in his life where he wasn’t going to be able to even graduate high school.

“The power in you is the greatest thing you can have,” said Blahnik.