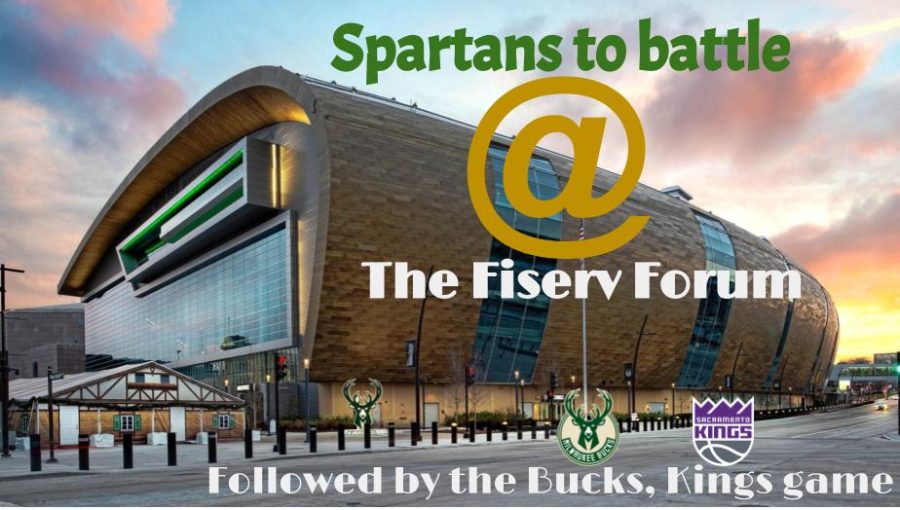 On Saturday, Jan. 22, the Oshkosh North varsity boys basketball team will take on Hortonville at 1:15 p.m. at Fiserv Forum in Milwaukee, one day after retiring the jersey of their very own NBA player, Tyrese Haliburton.

The game between the Spartans and Polar Bears will be an appetizer, if you will, to the Milwaukee Bucks vs Sacramento Kings game at 7:00 p.m. that night. Of course, the Kings roster Haliburton, the former Oshkosh North star.

“This will really be a celebration of Oshkosh, and of Tyrese while he’s back,” says head basketball coach, Brad Weber.

To add to the celebration, North will formally retire Tyrese’s number on Friday, Jan. 21 at the Oshkosh North fieldhouse.

Watching this particular high school matchup will obviously be slightly more complex than normal. It is still unknown how many of the 350 reserved tickets will be available to the students or other fans of Oshkosh North.

“First call obviously goes to the family of the players of the two teams,” says Craig Lieder, athletic director of Oshkosh North. “North has already filled its quota for families, so once Hortonville figures their side out, we will have an exact number of these tickets available to students.”

In terms of transportation, fans wanting to see North and later Tyrese will probably be on their own.

Unfortunately, this experience will be something not many high school students will be able to afford. Tickets will likely cost about $50-$75, and then $15-$20 for transportation (gas and parking) on top of that. A fan bus would most likely not have a lot of draw.

“The NBA is all about the almighty dollar,” says Lieder. “They’re not going to cut us any breaks.”

In summary, the Friday and Saturday of Jan. 21-22 will be quite the basketball weekend. On Friday North will retire Halliburton’s in the field house.

On Saturday at 1:20 p.m., Oshkosh North vs Hortonville at the Fiserv Forum. And to top it all off, the 2021 NBA Champion Bucks will host Haliburton’s Kings in an expected pro-Oshkosh arena.

“I’m excited for Oshkosh to get a chance to be celebrated,” says Coach Weber, “and to celebrate one of its own.”