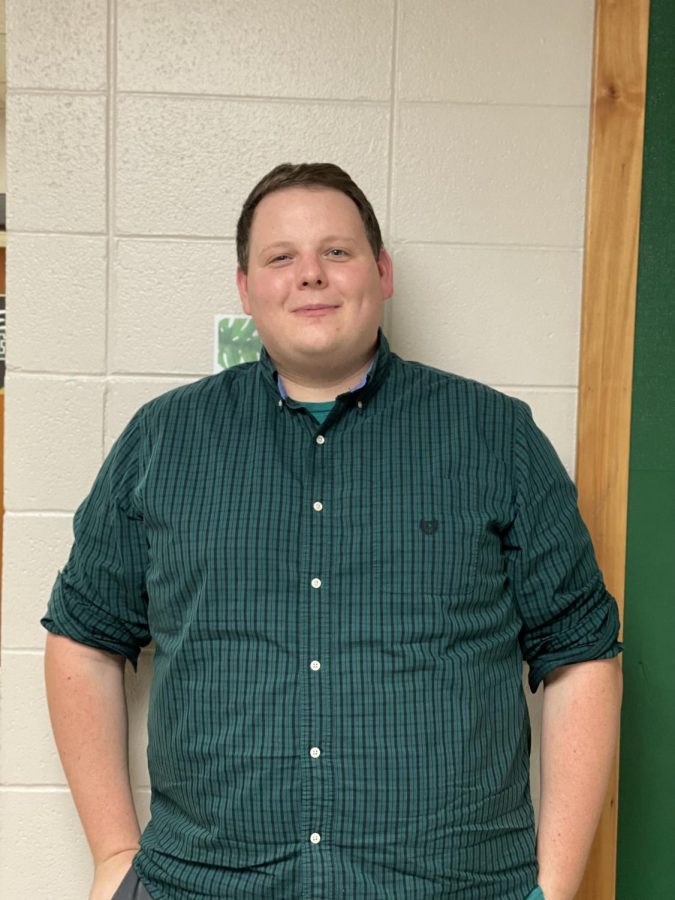 Fall means many things. But for one man, it means three things in particular: a new school year, a new class, and a new fantasy football team.

He found his love for history when he was young and visited his grandparents in Richmond, Virginia.

“I was lucky enough when I was little to visit my grandparents every summer, they lived in Richmond, Virginia- a city with a huge history in the Civil War and the (American) revolution,” said Cheely.

To begin his teaching journey, he went to the University of Wisconsin-Platteville where he studied Social Science and Education, along with majoring in History and minoring in Political Science. He then taught for three years at a school in Clinton, Wisconsin, a town of 2,036 people before coming to Oshkosh North. He said that it is a little strange being in a bigger school but he is completely prepared for it thanks to his lesson planning.

In class Cheely uses two methods to get his point across. One of them is his slideshows, which he uses to begin every class period. The other method is using primary sources and artifacts, which he really enjoys using.

Cheely enjoys teaching about the Cold War, his favorite subject. Being in the room that actually happened during the missing minutes of the Watergate tapes with Richard Nixon. He loves the Cold War because of how complicated and recent it was. The mystery and complications that surround the war make a great teaching subject for him because the students get a chance to explore.

Cheely said, “For me I kinda like the Cold War just because it’s very contemporary.”

He also enjoys exploring the History of Historical figures and their role in History. He has many thoughts on historical figures that are underappreciated but none more so than Thurgood Marshall, the first African-American Supreme Court Justice.

“I feel that Thurgood Marshall does not get enough credit given that he was a lawyer in Brown v. Board of Education and a supreme court justice,” Cheely said.

When not reading and researching about history he loves to enjoy his hobbies, most of them revolving around sports. One of these hobbies is fantasy football. He is currently in three leagues.

“I spend a lot of time on fantasy football research, probably more than I should sometimes”.

He also enjoys watching sports as you can see when you walk into his classroom: he has sports memorabilia displayed around the room.

Cheely loves investigating history and wishes for his students to continue that. When asked what he would want his stu