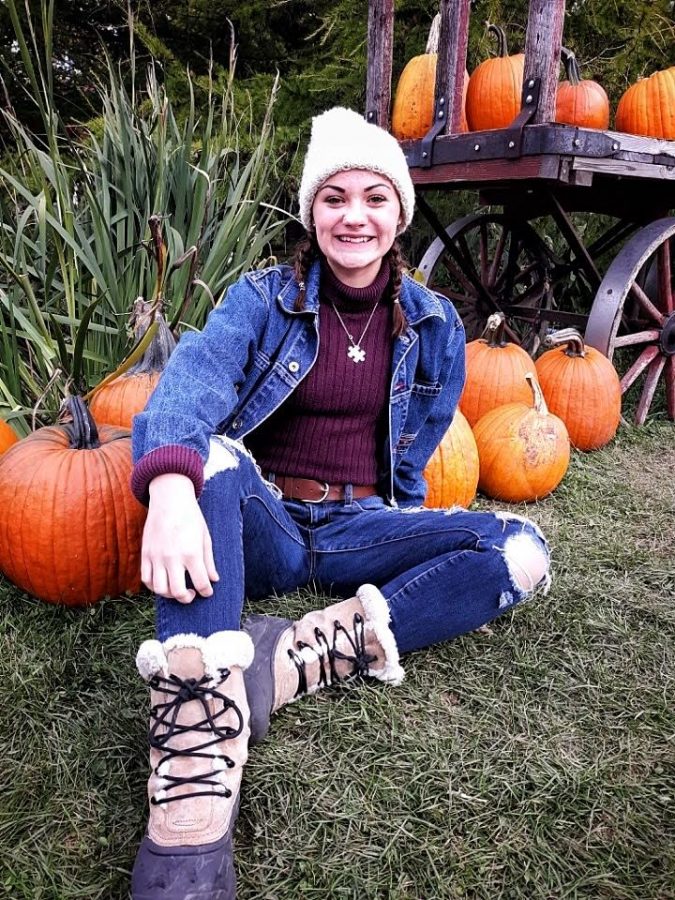 Did you know everytime you go out, whether it be to the store, the park, or even out to eat, at least 1 person surrounding you is sick? They may not be sick with the Flu, COVID-19, or any other contagious sickness. Rather, they could be suffering from a non-contagious illness that may even be slowly taking their life and you cannot even notice. It’s called an invisible illness. I suffer from 4 types of invisible illnesses.

What is an Invisible Illness?

An Invisible Illness is an Illness someone is suffering that you cannot see, such as diabetes and bi polar disorder.

The Two Types of Invisible Illnesses.

There are two types of invisible illnesses: physical and mental. Some physical invisible illnesses people suffer from include neurocardiogenic syncope and orthostatic hypotension like me, as well as many other conditions such as arthritis and diabetes. People with invisible mental illnesses may suffer from bi polar, schizophrenia, or the most common ones, depression and anxiety. People who suffer from any of these illnesses may appear “normal” to others. If someone looks around and sees someone like me with orthostatic hypertension, you would never know unless you personally knew that person and that’s how it is for many of these mental and physical illnesses which is why it’s called an Invisible illness.

I personally suffer with neurocardiogenic syncope, orthostatic hypotension, as well as depression and anxiety. Having your illnesses be considered “invisible” has both its good sides and it’s bad sides.

Some examples of the “Good Side”

You won’t draw unwanted attention to yourself unless you have an “episode” in front of people. Many people did not know about my physical illness. It never brought much attention, until one day I was in class and had an “episode”. Thats when they realized something was wrong, otherwise they would have never known.
People won’t treat you differently due to your illness if they do not know about it. Before more people started to know, I was just like everyone else, no one treated me different.
You don’t have to deal with the feeling of judgment in public
You don’t have to worry about being stared at in public. Those with visible illnesses such as an eating disorder may oftentimes have a feeding tube which tends to cause attention and people to stare. If you have an invisible illness, people cannot visually see something wrong, and you won’t have to worry about them starring.

Some examples of the “Bad Side”

If you don’t tell anyone about your illness,they won’t know and if you have an episode they  won’t know how to properly help you. When I had my episode in class, no one knew what was wrong with me because I didn’t tell many people. I started shaking, being ice cold to the touch, and I was so light headed to the point where I couldn’t even walk on my own. I scared a lot of people because they didn’t know what was happening to me and they didn’t know how to help me.
If you tell people they might start treating you differently. Once my friends found out about my condition, at the beginning they started treating me differently. It felt as though they were babying me in a way, if they knew I wasn’t feeling good and I had to go to the bathroom or even go to walk somewhere, they wouldn’t let me go alone.During physical activity, some of them would always try to prevent me from running because they were nervous of what would happen when I knew I would be okay and it got to the point where it was getting irritating.
If you have an episode and people do not know what is happening, they might get judgemental. During my episode in class when I was shaking, I heard a lot of people say “She’s overreacting about how cold it is” and “She’s fine. It’s not even that cold.” Really, I was not even shaking because I was cold; I was shaking because my blood pressure was too low and my body was trying to raise it up.
When you have an episode, people might think you’re doing it for attention since you look “normal”. I’ve had people ask me why this happened now, how I’ve been a three sport athlete since third grade and now physical activity is a problem, and how I was okay at the beginning of the year and when basketball started, this all started. What a lot of people don’t understand is that not everyone is just born with their illness. Many people develop them in time such as depression. No one is just born depressed. Most illnesses are revealed in your teenage years and when you hit puberty. That’s what happened to me. I wasn’t born with my illnesses, but over time they developed. My orthostatic hypotension and neurocardiogenic syncope comes from my blood vessels being too small. However, they were not too small for me when I was a baby, but as my body grew, they became smaller and smaller for my body mass. At the beginning even my own sister did not understand that. It’s very easy for people to believe you are doing it for attention when really they just are not educated enough to fully understand.

Tips for those with an invisible illness.

Learn your illness. Educate yourself about the illness you are suffering from. Look up what helps people with the same condition you have and what doesn’t. Experiment with it so you can figure out what helps you and what doesn’t or makes it worse. I was able to talk to a former athlete that suffers from a similar physical illness to me, and she was able to tell me what she has done to help her, so I was able to try those things to see if they helped me, and a lot of them did like taking salt tablets to help dilate my blood vessels so more blood can move through, when standing for long periods of time moving my legs a little bit will help prevent blood pooling so fast, and keeping salty snacks and water on me at all times incase I feel an episode coming on.
Learn your body signals. Try to focus on how your body reacts before you have an “episode”. This way, you know when you are about to have an episode so you can either inform someone around you, or try to prevent it from happening if you can. After I was able to recognize some of my body’s signals such as shaking, I was able to better identify when an episode was going to happen so I could either leave class and go to the nurses,inform my teacher or friends around me, or try drinking water or eating a salty snack to see if it would go away.
Find a way to deal with the stress from it all. Dealing with an invisible illness can be very stressful at times. If you don’t deal with the stress correctly, it can worsen your symptoms.. Some ways to deal with the stress are writing, walking, working out, or even just talking with someone about how you are feeling. Journaling helped me a lot for both my mental and my physical illnesses. I was able to get my thoughts and feelings out in a safe way without having to talk to someone. It was a great way for me to get it all off my chest, relieve a lot of stress, and get back into a better mind set.
Reach out to your doctor. Dealing with an invisible illness can cause a lot of pain, mentally and physically. It can cause it to be hard to complete everyday tasks. When you reach out to your doctor they can either prescribe a medication that will help ease the pain mentally or physically, otherwise they are able to recommend you over the counter medications and even natural remedies to help ease the pain. I was blessed to have a mom as a nurse, so she was able to help me with a lot of things but there was a period in my life where my depression worsened and the medication I was on  wasn’t helping anymore.I reached out to my doctor and told her what was wrong, she was able to raise my dosage so I was able to better manage it.
Remember: it’s your “normal” and may not be everyone else’s. When people find out about your invisible illness or your invisible illness starts to become more visible, people may start treating you differently, stare at you, and even maybe talk about you. They do these things because it is not a part of their everyday life like it is yours. They are not used to being around people who may be suffering like you. It was very hard for me at first when people started treating me differently, some even being a little judgemental. I was able to get through it by remembering that they are doing it because it is not normal to them like it is to me now, and they just do not really know how to react to it all. That was okay with me because eventually it will become normal to them because they will be around me so much, it will hopefully change.
Don’t be afraid to speak up. If you do not like the way someone is treating you due to your illness, politely tell them. If you don’t feel good and your family or friends want to do something with you, don’t be afraid to tell them. Pushing yourself will only cause more problems. When I felt as though my friends were babying me, I told them. If I felt I was not able to walk somewhere alone, or do something that I’d tell them, but I needed them to let me be more independent.Sometimes people are not aware that they may be treating you differently, and by telling them, they can acknowledge it and try to change it.
Don’t be embarrassed or ashamed. You didn’t choose for this to happen. It’s not your fault..Don’t keep the negative people in your life who make you feel bad for having an Illness you can’t control. there isn’t anything you can do other than live it the best you can. Millions of people around the world are dealing with an invisible illness, not just you.

For a long time, I was embarrassed by both my mental and physical illness. I was always afraid and embarrassed to go to counseling for my anxiety and depression because someone might see me. That fear and embarrassment left the moment I realized that if they are there and see me that means they are getting help just like me,so I wasn’t the only one.I was embarrassed about my physical illness for a while as well, who wants to be known as the girl that passes out right? I was also afraid my coaches were going to start to think less of me as a player. The day I talked to that former athlete that suffers from an illness similar to mine, all that worry was gone. People know her to be an amazing basketball player. She passed out all the time too, yet our coaches still thought she was a great player, and so did many others. That gave me hope and built up my confidence. People can still think of me as a great athlete as well as person even though I have this illness.