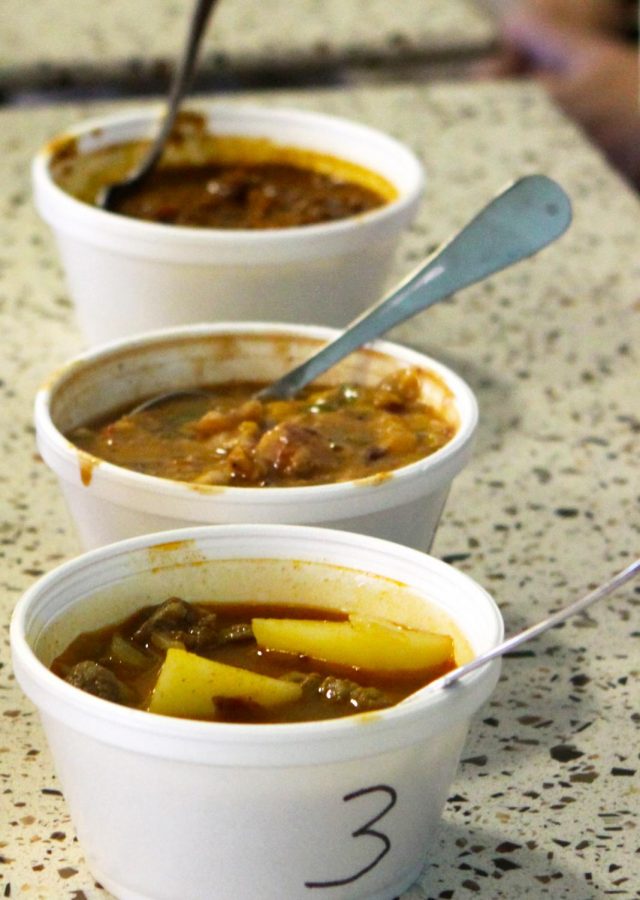 On Friday, Jan. 31, Oshkosh North High School and The Communities Program is hosting The Ann Davey Souperbowl, which will raise money for the Ann Davey Fund.

The legacy of former Oshkosh North secretary Ann Davey has been continued by the Chili Cook Off in the previous 7 years, but this year the event has been changed to a Souperbowl to allow for more creativity. All soups and chilis made must have a unique name that relates to football, such as “The Pick Six Soup Of Tuscany”, or “Stuffed Pepper Touchdown Soup.”

The Souperbowl will be ran by Communities students, for which students and staff organized the event and students will be serving soups at the event.

Many Spartans may not be familiar with the namesake of the event. Davey was selected to carry on her character traits as an exemplary Spartan.

Davey’s ability to make anyone smile or brighten someone’s day was like no other. It was easy to feel the impact Davey had on students and staff that surrounded her.

Former principal Jim Hoffman, in an interview with the North Star in 2001, was just one person who experienced the effect Davey had on others first hand.

“She was just a neat, gracious lady. She did things for others without expecting anything in return. She had so much strength.”

Current Communities teacher Rick Leib found that Davey was always great working with kids and had a unique ability to find solutions.

“Tensions can get high [at high school], but when you talked with Ann, she had the ability to deescalate a situation. She truly did care: she cared about staff and students all while battling cancer. She kept showing up.”

The fund helps students in need at Oshkosh North. Money from the Ann Davey Fund can be spent in many different ways, such as purchasing hygiene products, bus passes, clothes, school supplies, or other things students need.

The counseling department won the competition last year with a unique bloody mary themed chili, and two years ago Communities teacher Kim Gauthier and Biology teacher Tim Buerger took first place. Winners are decided by votes which can be casted by purchasing tickets. One ticket is $1, six tickets are $5, and twenty tickets are $10.