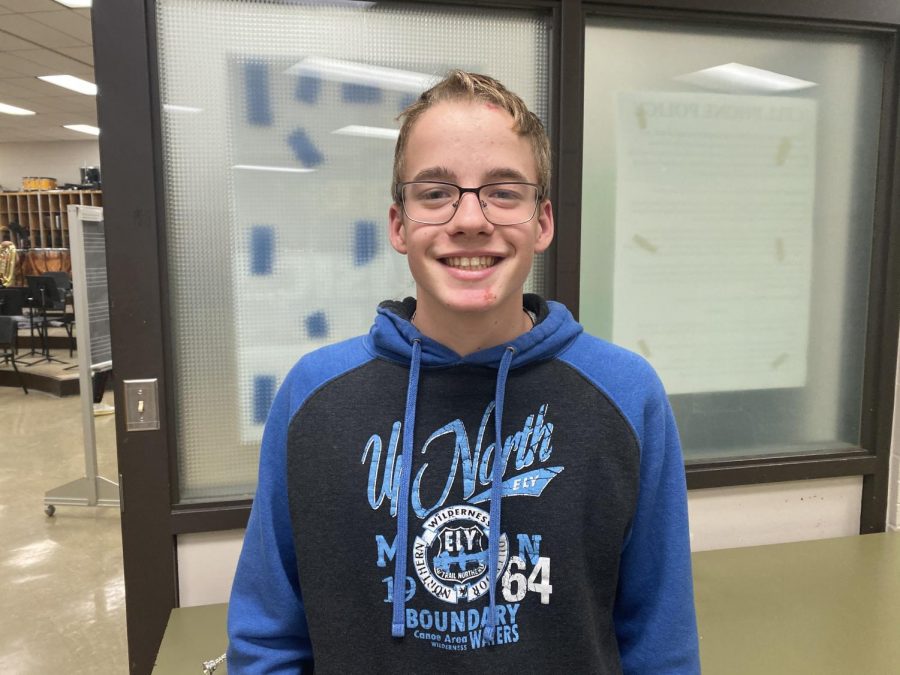 Trey Pecore is a sophomore at Oshkosh North High School and is one of three identical brothers. This winter, he hopes to make a splash swimming for the Oshkosh North-Lourdes boys swim team.

OSHY and high school differ not only in the events they hold but also in the culture surrounding the sport.

For the past 3 years, North alumni Ryan Revolinski was the head coach of the swim team. When he decided to leave this year and join the military, assistant coach Jacob Landgraf was hired as the new head coach of the team. Landgraf swam at Oshkosh West for 4 years and is also a new teacher at Oshkosh North.

Trey said, “I’m really excited to have Jacob as a coach. I think he might handle the team and practices similar to how Ryan did, but I’m not too sure. I can’t wait to see what he brings as head coach that we didn’t see as an assistant.”

Trey was already a huge help to the team last year, and he earned a varsity letter as a freshman. This year, he hopes to take second at the conference meet and top 8 at sectionals for the 500, as well as beat his brother Pierce.

Trey claims that “there’s no sibling rivalry because I’ll always be the fastest,” regarding competition between him and his brothers.