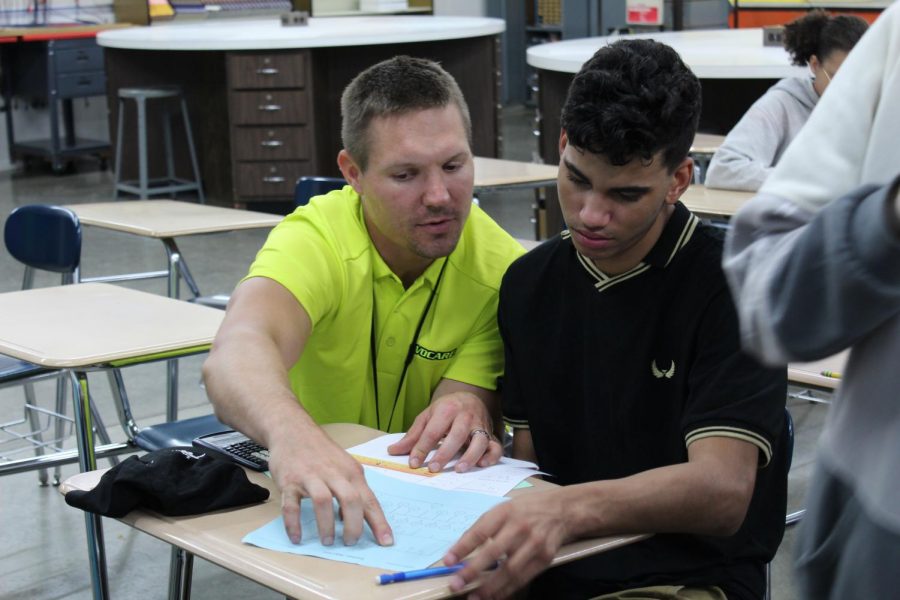 Kasuboski has had prior teaching experience, including 3 years at Wautoma High School.

In addition, Kasuboski has experienced a lot before his arrival at North, including a 4-year athletic career at UW-Eau Claire and a semi-professional football career. His interest in teaching was almost accidental, as a severe ankle injury affected his career both on and off the football field.

“I had an industrial job before teaching, as well as playing semi-pro football in 2013. I injured my ankle pretty bad, and my industrial job required me to be on my feet all day and was too physically demanding. My father and wife encouraged me to become a teacher and knew how much I enjoyed teaching.”

His journey began in his hometown of Rosendale, Wisconsin, where he grew up playing football, baseball, and wrestling. His athletic career continued at UW-Oshkosh where he played three years of football and one year of wrestling. He also coached football at Wautoma High School where he previously taught, as well as coaching one year at UWO.

So far, North has made a positive first impression on Kasuboski, as he appreciates the sense of family between teachers as well as students.

“It seems like a positive and welcoming atmosphere. The first day I got here, I had many teachers come up to me and ask what they can do to help, which is really appreciated.”

Unlike many teachers who typically dream of having perfect students, Kasuboski enjoys working with kids who have flaws and imperfections.

“I feel I am better with kids who have imperfections. I feel almost as if we have something in common. I enjoy students with flaws because it makes things more interesting and fun.”

Kasubsoki’s journey to North has been a winding road. From playing semi-pro football to working an industrial job, teaching was the last occupation he expected.

His appreciation for teaching will hopefully carry him to a long, enjoyable career here at Oshkosh North.